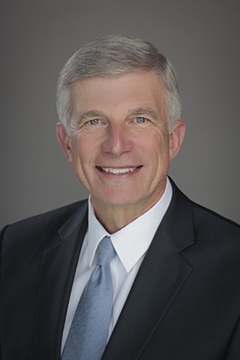 Dr. Ronald M. Sega joined U.S. Army Futures Command as a Department of Defense Highly Qualified Expert in the role of Chief Technology Officer (“CTO”) in July 2019. Prior to his appointment as CTO, Dr. Sega served as Director, Systems Engineering Programs at Colorado State University (“CSU”) and Special Assistant to the Chancellor for Strategic Initiatives from September 2013 through June 2019. Dr. Sega remains a professor for the Systems Engineering Programs at CSU, on leave of absence, while serving as the CTO for Army Futures Command. Dr. Sega was also Vice President and Enterprise Executive for Energy and the Environment at CSU and The Ohio State University (“OSU”) from September 2010 through August 2013. CSU and OSU are two Land-Grant universities engaged in efficient, sustainable development of practical products using our natural resources through education, research and outreach. At CSU, he served as chair of the Sustainability, Energy, and Environment Advisory Committee. Dr. Sega also served as chair of the President’s and Provost’s Council on Sustainability at OSU. Dr. Sega held the position of Vice President for Energy, Environment, and Applied Research with the CSU Research Foundation from September 2007 through August 2010. Prior to joining CSU, Dr. Sega served as Under Secretary for the U.S. Air Force from August 2005 to August 2007. As Under Secretary, Dr. Sega led a team that developed a comprehensive energy strategy emphasizing supply, demand, and culture with results in 2006 leading to the receipt of the overall Presidential Award for Leadership in Federal Energy Management for the U.S. Government. As Under Secretary, Dr. Sega also acted as the Department of Defense ("DOD") Executive Agent for space, and the Air Force Service Acquisition Executive for space programs. From August 2001 until August 2005, Dr. Sega was Director of Defense Research and Engineering, Office of the Secretary of Defense, which is the Chief Technology Officer for the DOD. From July 1996 to August 2001, he served as Dean, College of Engineering and Applied Science, University of Colorado at Colorado Springs. Dr. Sega is a former NASA astronaut and veteran of two shuttle missions. He retired from the U.S. Air Force in the rank of Major General. Dr. Sega is a Fellow of the American Institute of Aeronautics and Astronautics, as well as a Fellow of the Institute of Electrical and Electronics Engineers.

Dr. Sega brings to the Board an extensive background of applying research and development experience to real-world situations, knowledge of U.S. government contracting practices, and expertise in aerospace and energy technology and markets.