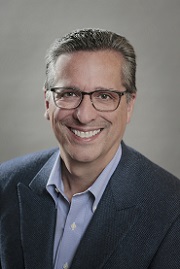 Chairman of the Board, Chief Executive Officer, and President

Mr. Thomas A. Gendron has been Chairman of the Board of the Company since January 2008, and has been President and Chief Executive Officer of the Company since July 2005.  Mr. Gendron previously served as Chief Operating Officer and President of the Company from September 2002 until July 2005, and as Vice President and General Manager of Industrial Controls from June 2001 until September 2002.  Prior to that, Mr. Gendron served as Vice President of Industrial Controls from April 2000 through May 2001, and as Director of Global Marketing and Industrial Controls’ Business Development from February 1999 through March 2000.  Overall, Mr. Gendron has served with Woodward for 30 years in both the aircraft and industrial businesses, providing leadership in sales, marketing, business development, and product support management.

His experience with and knowledge of the Company’s businesses and the industries in which they operate has enabled Mr. Gendron to lead the Company’s growth since his appointment to President and Chief Operating Officer in September 2002.  He has brought significant insight to the Board due to his comprehensive understanding of the Company and its operations at multiple levels, including the Company’s strategic vision, products, suppliers, customers and markets.