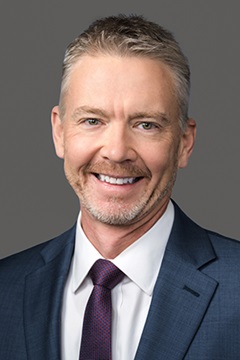 Roger Ross was appointed to the position of President, Aero Systems in January 2021. In this role, Mr. Ross has direct oversight and responsibility of Woodward’s actuation and component business serving the commercial and defense aircraft, rotorcraft, weapons and space markets.

Mr. Ross is an experienced global leader with over 25 years in the aerospace industry, including actuation, propulsion, and sensors for both OEM and aftermarket customers. Most recently, he served as President, Airlines & Fleets for StandardAero based in Scottsdale, AZ. Prior to that he was EVP and President of Sensors & Systems Segment for Esterline Technologies Corporation. The majority of Mr. Ross’ career was with United Technologies Aerospace Systems (formerly Goodrich), where he held various senior level executive leadership roles including Senior Vice President of Actuation & Propeller Systems and Vice President and General Manager for aerostructures aftermarket.

Mr. Ross holds an MBA from the University of Colorado in Colorado Springs, and both a Bachelor and Master of Science in Mechanical Engineering from Colorado State University in Fort Collins, CO.