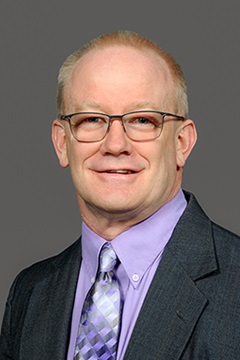 Terry Voskuil was appointed to the position of President, Aircraft Turbine Systems in January 2021. In this role, Mr. Voskuil has direct oversight and responsibility of Woodward’s fuel systems & controls and turbine combustion system businesses.

Mr. Voskuil joined Woodward in 1989 as a production engineer. Throughout his career, he has held a series of roles with increasing responsibility in Technology Development and Engineering working on next generation fuel systems and a variety of new programs and products. In 2015, Mr. Voskuil was named Vice President and General Manager of the Fuel Systems Center of Excellence, which included accountability for all the narrowbody products produced at Woodward.

Mr. Voskuil holds a bachelor’s degree in Mechanical Engineering from the University of Wisconsin, Platteville.